To see The Successful Iranian Entrepreneurs, dress designers, Motorcycle riders, Carpet Weavers, to attend Cooking Classes, and to see the amazing Iranian Women in Sport, Iranian women are amazing, they are so lovely and devoted to their families and to their passions and do hard to achieve them.

“It was a fantastic trip. So glad we were able to be there to learn a little bit about Iran. Thank you very much. This was our first 1818 trip, which, it seems, will be difficult to replicate, according to testimonials of other people. We formed a family in few days. Amazing!” Zaida Knight.

Welcome to Tehran. Arrive and meet and transfer to Hotel. As most airlines arrive late in evening or early in the morning, Rooms are booked from Day 01.
Overnight:Laleh or Espinas Hotel ,Tehran (2 nights)

Tehran is the capital of Iran, in the north of the country. Its central Golestan Palace complex, with its ornate rooms and marble throne, was the seat of power of the Qajar dynasty. The National Jewelry Museum holds many of the Qajar monarchs’ jewels, while the National Museum of Iran has artifacts dating back to Paleolithic times.

After breakfast we will start our Museums tour,

– National Museum, where we will be given an anthropologist’s explanation on the history of women in the ancient world.  Tehran is a city of museums

– The famous Jewelery Museum. A must for every Woman to see, Here we see the displays and riches of the Persian imperial families of the 16th century. 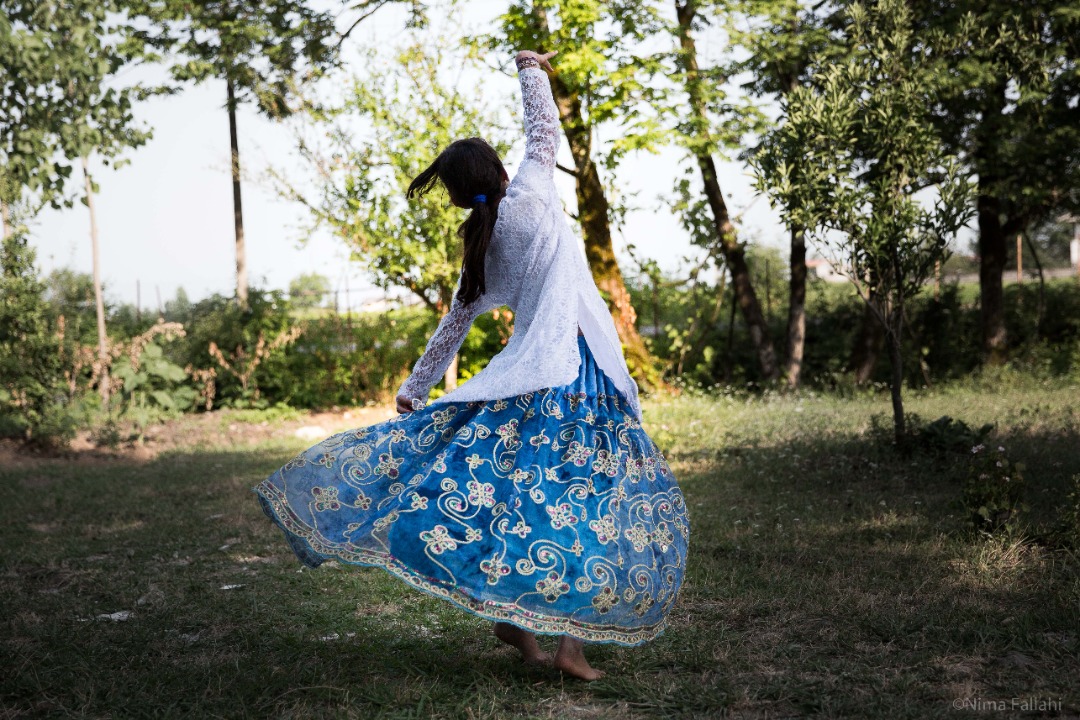 Today we will take domestic flight to Shiraz, and will explore the grandeur of the city of Roses and Nightingale –Today’s exploration begins at

the Arg or the citadel of Karim Khan Zand. It was during his dynasty that Shiraz became the capital and started flourishing. With its imposing walls and watch-towers, Arg resembles a mediaeval fortress.

We wind our way through the Vakil Bazaar with its courtyards, caravanserais and old shops.

Lunch in a local restaurant After lunch we visit the famous Hafiz’s tomb,

Shiraz is the birthplace of the 14th Century Popular Poet. Hafiz’s tomb is set within the Musalla Garden and is made of alabaster and inscribed with the poet’s verse. This is a popular spot of Shirazis and young people. Many Iranians  come to Hafiz  Tomb to open his collected poems (known as Divan) at random which they believe will answer any question that was in the mind of the reader.

Then we will visit the Nasīr al-Mulk Mosque the best known buildings of the Qajar era. Its outer walls are lined with pink floral tiles characteristic of the period which has led to its popular name as the Pink Mosque, Continue to  Vakil Bazaar or Saray e Moshir, which has beautiful courtyards, caravanserais, bath houses and old shops – One of the best places in Shiraz to buy spices, copper handicrafts and antiques.

The Bagh-e Eram Garden ,another Persian Garden (WHS) which now is part of the Shiraz University Botanical Garden and a very popular public park. There is a great opportunity of meeting many Iranian families and ladies only groups who are always very keen to converse with foreigners.
Overnight: Homa Hotel or Zandieh Hotel, Shiraz (2 nights) (B)

No tour of Iran is complete without Persepolis. Founded by Darius I in 518 B.C.E Persepolis (WHS) is the greatest and best-preserved monument to the achievements of the Achaemenid kings. It was created specifically for the observance of NouRuz (New Year), a period of rebirth when the desert briefly blooms. Envoys from vassal states of the Empire would come to pay tribute to the king.  Just a few kms away we will visit the famous Naqsh-e-Rostam containing the rock-tombs of Darius, his successor, Xerxes and 2 other kings.

we will return to Shiraz to experience of Iranian home culture as we attend a cooking class with a local family, specializing on Famous Iranian Cuisine, especially Shirazi which is amongst the popular one in Iran. (B)

After breakfast we will depart to Yazd and we will visit

Pasargadae (WHS), the first dynastic capital of the Achaemenid Empire founded by Cyrus the Great in 6th century BCE. Acknowledged as the founder of Persia.   Pasargadae was the capital of the first great multicultural empire. Spanning the Eastern Mediterranean and Egypt to the Hindus River, the Achaemenid empire was the first to respect cultural diversity. Its architecture synthesized elements found in Egyptian, Elamite, Mesopotamian and Median societies.

Next is the Sarv-e Abar-Kuh (cypress of Abarkuh) reputed to be over 4000 years old.  We continue to Yazd – the birthplace of one of the oldest monotheistic religions in the world. The 3500 years old Zoroastrianism influenced Judaism, Christianity and Islam was founded by the Persian, Prophet Zoroaster.
Overnight: Daad Hotel or Moshir Hotel, Yazd (2 nights) (B)

Lunch: Picnic on the way

Yazd a Boutique city With its winding lanes, mud-brick old town, is one of the highlights of any trip to Iran. We start our exploration with a visit to the Zorastrian Towers of Silence followed by the Temple of Fire. The visit the Water Museum where we will gain an understanding of the all-important qanat irrigation system upon which Iran has depended since antiquity. We will wander the old city of Yazd known for its unique adobe buildings and quality handicrafts and visit the acclaimed 14th century Friday Mosque.   A stop will also be made at Ghanadi Haj Khalifeh – Iran’s oldest confectionary maker! (B)

Today we head for the beautiful and enchanting city of Isfahan, best described by the proverbial saying, “The beauty of Isfahan is that of half of the world”.  En route we visit a carpet weaving workshop, where we have a chance to meet the weavers – many of whom are women. Persian carpet designs and weaving styles are the best kept secrets as many countries have tried to replicate but not succeeded. Even today, as we drive into the city, we actually feel the majesty and grandeur of this historical city.
Overnight: Abbasi Hotel or Kowsar Hotel, Isfahan (3 nights) (B)

Day 08: Isfahan City tour-Culinary Our full day tour includes visits of the Meidan Emam (WHS) or Naghshe Jahan Square and visit Sheikh Lutfollah , Imam Mosque, Ali Qapu Palace and Qeisarieh Bazaar with hundreds of shops displaying local arts and handicrafts.  Yet another opportunity to dine with Iranian Family and to feel  the cultures. Irrespective, the cultural interaction is always very interesting to observe. (B)

Full day tour of the beautiful city of Isfahan,to visit the famous bridges of Shahrestan/Khajou/Sio-se-pol, the Armenian Quarter with several churches, including the important Cathedral of Vank; magnificent architecture and tilework), finishing with shopping in  the Qeisarieh Bazaar with hundreds of shops displaying the arts and handicrafts for which Isfahan is world-famous  overnight stay at hotel.

Driving towards Tehran, we reach Kashan, which is set within an area known for rose cultivation and the distillation of rosewater.  We visit Agha Bozorg Mosque and two 19th century merchant mansions, Borujerdi and Tabataba’i, with their courtyard gardens and wind towers – an architectural masterpiece.  Later we visit the famous Bagh-e-Fin Gardens yet another of the WHS.
Overnight:  Negarestan Hotel or Ameriha Hotel, Kashan (B)

We will Have a Persian Music Night with Chance of Singing

After this incredible experience we drive to the grand Imam Khomeni Mausoleum. The Founder of Islamic Republic in Iran. The mausoleum stretched over 5000 acres is a site not to be missed. We continue onto Tehran.
Overnight:  Laleh Hotel, Tehran (3 nights) (B)

Today We will have a unique Program to see Iranian Women activities, visiting a very unique park – Mothers’ Paradise Park, which is Tehran’s first women-only park, and they walk there easily without Hijab.

Afterwards we will be meeting with a fashion designer who was chosen as an Iranian Entrepreneur or a jewelry designer.

A visit to a beauty salon to have a Hair Cut or to do your Nails. Iranian women, with or without the chador are known to love makeup and hair dos.

We will Visit the Music Educational Institute to meet female singers,

meet the Iranian Rock climber or any other female in sports teams.  Such as our Motorcycle Riders.

After an interesting insight into the lives of the indigenous Iranian women, transfer to the airport for  departure flight. (B)

Maps
how to proceed

to attend this exceptional tour please follow the followings:

Most airlines arrive late in the day or early in the morning, hotels are pre-booked for late arrivals and early morning arrivals.

Insurance
what to bring

bring cotton cloths for summer , weather gets cold after October, you will need southing warm to wear

If your desired date is no longer available, to be placed on a waitlist or request a private departure, please follow the ‘Request Itinerary’ button below & send us a message or call our office number below to speak to one of our reservation staff. We may open additional tours, and those on the waitlist receive priority on future tours. 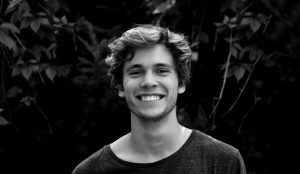 Got a question about this tour?

Reach out to our travel experts

We will get back to you very soon.

Touran Zamin Tour Operator as one of leading tour and travel co. specializes both in FIT and Group tour operation with a wide variety of enticing travel packages as well as Domestic and Int’l air ticketing.